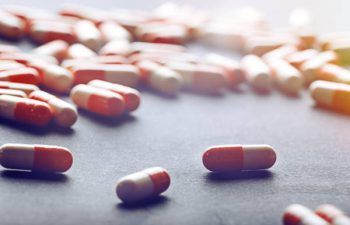 It’s no secret that Americans take more pills than ever before. In fact, more than half of individuals across “pill nation” regularly take a prescription medication—four, on average, as noted in a 2017 survey taken by Consumer Reports. Though many prescription drugs are deemed necessary to improve one’s life, some are not. What’s more is that inappropriate prescription medication usage has caused harm to millions of individuals, sending them to emergency rooms due to adverse reactions. Research suggests that half of these events were preventable.

When it comes to the dangers of prescription drugs, a quick Internet search reveals numerous cases in which individuals suffered side effects and symptoms related to a prescribed medication. One popular blood-thinning drug, Xarelto, has had its share of negative publicity after accusations were made against Johnson & Johnson and Bayer for hiding dangers associated with the drug. The Chicago Tribune highlights the case of a man that began taking the medication to decrease his risk of stroke. In effect, the drug led to internal bleeding that resulted in a week-long stay at the hospital, multiple blood transfusions and several heart procedures.

As it turns out, the man was not the only one affected by the drug. J&J and Bayer ultimately faced 18,000 patient suits complaining of the same issue when taking Xarelto—internal bleeding. The FDA also noted that 370 deaths were linked to the popular drug. In these instances, the question is “who is to blame?” While pharmaceutical companies stood by the safety and sufficient labeling of the medication, the accusations pointed to the way in which the drug was marketed. In short, patients taking Xarelto were told that they didn’t need to have frequent tests to monitor blood plasma levels.

To be clear, blood-thinners carry a risk of excessive bleeding. The problem for some is that the extent of this risk was not thoroughly explained. When facing a severe bleeding episode, hospitalization is often required, and this leads to heavy expenses for unsuspecting patients.

Moriarty Injury Lawyer offers experienced legal counsel to those injured or harmed as a result of taking Xarelto or another prescription drug. We’ll help you explore your options. You may be entitled to receive compensation for your injuries, so call today!