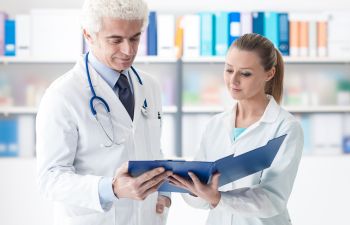 Medical products and drugs are often recalled due to patients suffering injuries or other types of harm. However, that doesn’t mean the general public is necessarily made aware of the issue. The manufacturers of these products may take great strides to limit bad publicity.

There have also been instances throughout history where medical products caused harm to a significant number of patients. Most people will have heard about these tragedies on the news as matters of national interest. In all cases, it is important that defective medical products and drugs are brought to light.

In the late 1950s, an increase in babies born with severe disabilities was identified in Germany. Evidence pointed toward the sedative Thalidomide as the most probable cause. The product was soon withdrawn from the market in most countries, but had already left a legacy of suffering in its wake.

Mesh is used as a medical product in surgeries, including those aimed at repairing a hernia. Unfortunately, many patients who had such surgeries faced a lifetime of chronic symptoms. Bulging, burning, constipation and pain are common complications reported by these patients. Other symptoms included sexual dysfunction and persistent nausea.

Further research discovered that surgical mesh also contributed to complications after gynecological procedures. Patients all around the world took part in class action lawsuits. Such cases are often necessary to give large numbers of people a voice and pathway to justice.

Once thought of as a revolution of medical science, metal-on-metal implants were marketed toward patients of all ages. With a stem that was implanted in the bone and a ball on top, this medical device is designed to restore hip function.

Researchers, including those writing for the British Medical Journal, began to criticize the regulatory system for metal-on-metal implants. Recalls prompted further investigations that found these medical devices were often so defective that replacement was the only option. Complications from metal shedding included inflammation, pain, metal poisoning and more.

If you suspect that a medical device has caused your injuries, call Moriarty Injury Lawyer today for a consultation.